In 2004, the AiSVD started to explore the possibility of forming a specialty college, based on the model used for the formation of the European College of Veterinary Dermatology. Inviting Dr Peter Ihrke, Dr David Lloyd, Dr Danny Scott and Dr Ton Willemse to act as 'grandfathers', founding members were invited to submit their curriculum vitae. Professor Toshiroh Iwasaki, Dr Masahiko Nagata and Dr Charles Chen were selected to become the founding members of the new Asian College of Veterinary Dermatology (AiCVD), and this was announced by Dr David Lloyd at the AiSVD meeting in Tokyo in 2005. With Professor Iwasaki as President, full members of the AiSVD were asked to apply for membership of the AiCVD, using a strict set of criteria, and in 2008, five 'de facto' members of AiCVD were appointed, having met the relevant criteria specified by the invited specialists. The AiCVD have established credentials for residency training programmes and certification as Dipolmates of the college.

In 2008, we were honoured to host the 6th World Congress of Veterinary Dermatology in Hong Kong– the first time that event had taken place outside of Europe or the US. Under the guidance of Professor Toshiroh Iwasaki as President of the Organising Committee, we hosted 1200 delegates from 50 countries around the world who attended five days of lectures and workshops led by renowned international speakers, and a full and exciting social programme showcasing Asian food and entertainment.

The AiSVD has continued involvement with the global veterinary dermatology community through its membership of the World Association for Veterinary Dermatology, which was officially achieved in 2009. 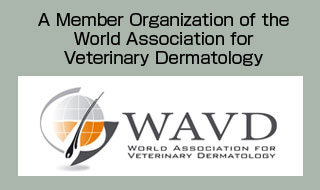